Analogue takes on the TurboGrafx-16 with its Duo retro console 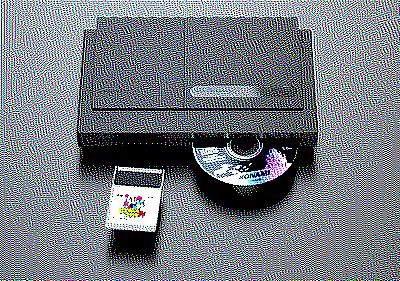 Analogue’s beautiful, functional retro gaming consoles provide a sort of “archival quality” alternative to the cheap mini-consoles proliferating these days. The latest system to be resurrected by the company is the ill-fated, but still well-thought-of TurboGrafx-16 or PC Engine.

The Duo, as Analogue’s device is called, is named after a later version of the TurboGrafx-16 that included its expensive CD-ROM add-on — and indeed the new Duo supports both game cards and CDs, provided they have survived all this time without getting scratched.

Like the rest of Analogue’s consoles, and unlike the popular SNES and NES Classic Editions from Nintendo (and indeed the new TurboGrafx-16 Mini), the Duo does not use emulation in any way. Instead, it’s a painstaking recreation of the original hardware, with tweaks to introduce modern conveniences like high-definition video, wireless controllers and improvements to reliability, and so on.

As a bonus, it’s all done in FPGA, which implies that this hardware is truly one of a kind in service of remaking the console accurately. Games should play exactly as they would have on the original hardware, down to the annoying glitches and slowdowns of that era of consoles.

And what games! Well, actually, few of them ever reached the status of their competitors on Nintendo and Sega consoles here in the U.S., where the TurboGrafx-16 sold poorly. But titles like Bonk’s Adventure, Bomberman ’93, Ninja Spirit, Splatterhouse and Devil’s Crush should be played more widely. Shmup fans like myself were spoiled with originals and arcade ports like R-Type and Blazing Lazers. The Ys series also got its start on the PC Engine (if you could afford the CD attachment). Here’s a good retrospective.

Analogue’s consoles are made for collectors who would prefer not to have to baby their original hardware, or want to upscale the signal and play wirelessly without too much fuss. I still have my original SNES, but 240p just doesn’t look as crisp as it did on a 15-inch CRT in the ’90s.

At $199, it’s more expensive than finding one at a garage sale, but good luck with that. The original and its CD add-on cost a fortune, so if you think about it from that perspective, this is a real bargain. Analogue says limited quantities are available, and will be shipping in 2021.