Police brutality in Nigeria: what is the #EndSars movement? – video explainer 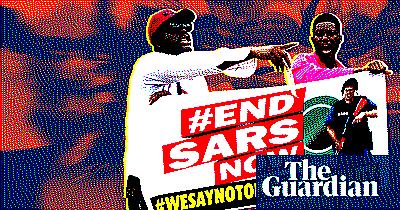 After days of fierce protests, Nigeria's government announced the dissolution of the infamous 'Special Anti-Robbery Squad', commonly called Sars, a police unit plagued with allegations of extrajudicial killings, theft and abuse - and in its place revealed plans to set up a Special Weapons and Tactics team called Swat to 'fill the gaps'.

Amnesty International said on 14 October that at least 10 people have died in demonstrations against police brutality, as well as Sars itself and plans to create Swat. The Guardian's west Africa correspondent, Emmanuel Akinwotu, explains what sparked the #EndSars protests across the country, how the movement trended internationally on social media, and why demonstrators do not trust promises of reform