The story of the Mangrove Nine – podcast 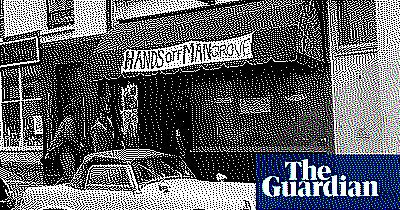 Guardian arts and culture correspondent Lanre Bakare discusses the Mangrove Nine, a group of black activists who found themselves on trial at the Old Bailey in 1971 after protesting against police harassment. Their story became a landmark moment in British history, though many have never heard of it

The Mangrove restaurant in Notting Hill, London opened in 1968 and quickly became a key meeting place for London’s black community, hosting everyone from intellectuals and activists such as Darcus Howe and Altheia Jones-LeCointe to Bob Marley. But its popularity made it a target for west London’s police, who constantly raided the Mangrove, ostensibly to seize drugs that were never found. J ebb Johnson, who used to spend time in the Mangrove during that period, tells Anushka Asthana about how disturbing the raids were for everyone.

In 1970, Frank Crichlow, the owner, planned a protest outside west London police stations, but things descended into chaos on the residential Portnall Road, which the police claimed was entirely the fault of the protesters. Crichlow, Jones-LeCointe and Howe were eventually charged, along with Rupert Boyce, Rhodan Gordon, Anthony Innis, Barbara Beese, Rothwell Kentish and Godfrey Millett.

Guardian arts and culture correspondent Lanre Bakare tells Anushka about the 55-day trial that took place in the Old Bailey in 1971. All nine defendants were eventually acquitted of the main charges of incitement to riot. But what really moved the needle was Judge Edward Clarke’s closing comments. “What this trial has shown is that there is clearly evidence of racial hatred on both sides,” he told the courtroom. It was the first judicial acknowledgment of racism in the Met, three decades before the Macpherson inquiry. The story, Lanre says, has clear parallels with the Black Lives Matter protests of this summer. He tells Anushka about speaking to the filmmaker Steve McQueen, who has turned the Mangrove Nine story into a BBC film that will air this November. Anushka also speaks to Frank Scully about his memories of spending time at the Mangrove and of being a young black man in Notting Hill during the 70s.