The need for true equity in equity compensation 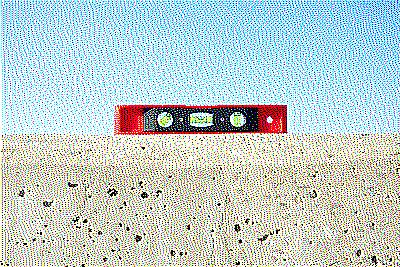 I began my career at Oracle in the mid-1980s and have since been around the proverbial block, particularly in Silicon Valley working for and with companies ranging from the Fortune 50 to global consulting companies to leading a number of startups, including the SaaS company I presently lead. Throughout my career, I’ve carved out a niche not only working with technology companies, but focused on designing and implementing global compensation programs.

In short, if there’s two things I know like the back of my hand, it’s tech and how people are paid.

The compensation evolution I’ve witnessed over these past 35+ years has been dramatic. Among other things, there has been a fundamentally seismic shift in how women are perceived and paid, principally for the better. Some of it, in truth, has been window dressing. It’s good PR to say you’re a company with a strong culture focused on diversity, as it helps attract top talent. But the rubber meets the road once hires get past the recruiter. When companies don’t do what they say, we see mass exoduses and even lawsuits, as has recently been the case at Pinterest and Carta.

So with the likes of Intel, Salesforce and Apple publicly committed to gender pay equity, there’s nothing left to see here, right? Actually, we’re not even close. Yes, the glass ceiling is cracking. But significant, largely unaddressed gaps remain relative to the broader scope of long-tail compensation for women, especially at startups, where essential measures of economic reward such as stock options in companies are often not even part of the conversation around pay parity.

As a baseline, while progress is evident, gender pay is an unfinished product to say the least. Recently the U.S. Bureau of Labor Statistics found white women earn 83.3% as much as their white male counterparts, while African-American women earn 93.7% compared to men of their same race. Asian women made 77.1% and Hispanic women earned 85.1% as much respectively.

According to Payscale, the ratio of the median earnings of women to men has decreased by just $0.07 since 2015, and in 2020, women make $0.81 for every dollar a man makes. Long term, in calculating presumptive raises given over a 40-year career, women could lose as much as $900,000 over the duration of a career.

But that’s just the tip of the iceberg. Even if we solely left the gender pay gap to just a cash salary disparity, there is something further to see here. However, to quote a famous pitchman, “But wait, there’s more!” And the more — at least in my mind — is far more troubling.

As innovative startups from Silicon Valley to New York’s Silicon Alley and beyond continue to reshape the business landscape, guess how most of them are able to lure bright, entrepreneurial minds? It’s certainly not salary, as when a company has nothing beyond a great idea and maybe a lead to a VC on Sand Hill Road, there’s no fat paycheck or benefits package to offer. Instead, they dangle the proverbial carrot of stock/equity compensation.

This is the pitch, at least if you’re a promising male. But women, historically, have tended to get left out of this lucrative reward package for varying reasons.

How has this happened? Beyond just a furtherance of business culture, while there have been legislative steps taken to address inequities in public company compensation and stock dispersal, there are no regulations as to how private companies distribute or manage the appreciation of stock. And, as we all know, the appreciation can be potentially massive.

It makes sense. Many companies and even naïve job-seekers consider equity as the “third pillar” of compensation beyond titles/compensation (which come hand-in-hand) and benefits. Shares of startups are just not top-of-mind — often ignored or misunderstood — by many who look at gender pay inequities, although that could not be more misguided.

A recent study published in the “Journal of Applied Psychology” found a gender gap for equity-based awards ranging from 15%-30% — even beyond accounting for typical reasons women historically earn less than men, including differences in occupation and length of service at a company. Keep in mind many of these companies will go on to massive valuations, and for some, lucrative IPOs or acquisitions.

It’s a problem I recognized long ago, and it is largely why I agreed to lead our Bay Area startup on behalf of our New York-based parent company AST. I found a commitment to a genuinely equitable culture instilled by a shared moral compass, a belief that companies who care about gender equity perform better and provide better returns, and a conviction that diversity brings unique perspectives, drives talent retention, builds a stronger culture and aids client satisfaction.

In speaking with industry colleagues, I know it’s something CEOs, both men and women, are dedicated to addressing. I believe creating a broader picture of compensation is essential for startups, global conglomerates and every company in between. If you are in a position of leadership and recognize this is a challenge in need of addressing at your company, here are some steps I recommend you implement:

One of the first reports we created is a Pay Comparison Report so there are tools anyone in management can easily use to review stock grants made to all employees and ensure equity between people of different ethnicities or gender. It’s not that hard if you care to look.

When I was graduating from college and Ronald Reagan was in office, we were talking about the potential for women to break the glass ceiling. Now, many years later, somehow we’ve managed to develop lights you can turn on and off by clapping and most of us are walking around with the power of a supercomputer in our hands. Is it really asking too much that we require gender pay equity, including all three compensation pillars (cash, benefits and stock), to be a priority?