US election 2020: what if Trump refuses to concede? – podcast 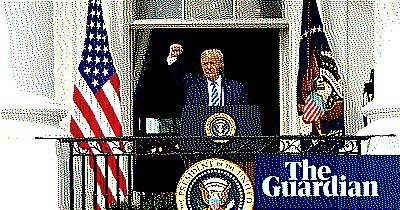 Trump has repeatedly stated that he may refuse to accept defeat in the coming election. As Lawrence Douglas explains, things could get very messy if the result is close

In the run-up to the 2016 election, Donald Trump famously declared that he would accept the result of the contest with Hillary Clinton, before pausing for dramatic effect and adding: “If I win.” Even after being sworn in as president he cast doubt over the legitimacy of millions of votes that had seen him lose the popular vote while winning in the electoral college.

This time around, with millions more than usual expected to vote by mail and with him trailing badly in the polls, Trump is once again questioning the legitimacy of the voting system.

Prof Lawrence Douglas, the author of the recently published Will He Go?, tells Anushka Asthana that the stage is being set for a disputed election if the result hinges on small margins and mail-in ballots, which take longer to count. In this scenario, he believes Trump is likely to refuse to concede if the vote goes against him.

It could open up a legal and political minefield that the US constitution and the separated powers of the US government is ill-equipped to deal with. One thing is clear: a new president must be sworn in at noon on 21 January 2021. But who turns up to that ceremony could be the result of a bitter and protracted battle.