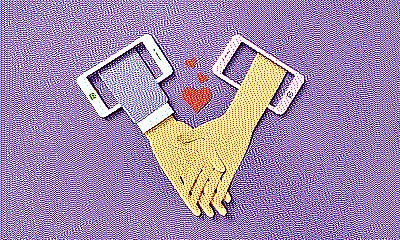 Eight years. That’s how long I spent on dating apps before I met my partner (yes, on a dating app), so I’ve had more than my fair share of “heys”. There is one particularly epic week that still lives in infamy among my friends, when I got 13 consecutive “heys” from 13 consecutive matches. And – as appealing as a “hey” is from someone you might want to spend the rest of your life with – you’ll be unsurprised to hear I didn’t respond to a single one.

Now, research from dating app Inner Circle has confirmed what we all suspected; “hey” as a conversational opener is officially dead. The dating app surveyed more than 1,000 single people, who universally slammed it as lazy. Also: “unimaginative”, “unmemorable” and “boring”. In fact, one-word openers – despite 91% of us having received them and more than 90% of users saying the first message is important – have only a 12% response rate. Inner Circle is so over the word that it has just introduced a new messaging feature that will autocorrect your “hey” to something more imaginative. So if you actually want to meet someone you match with and could spend a considerable amount of time with, here are 10 way, way better conversations starters …

1) ‘Better get the big questions out of the way early: which Teenage Mutant Hero Turtle did you always want to be?’

Feel free to insert your own childhood reference – Power Ranger, Spice Girl, X-Men character, Teletubby – but there’s nothing like a bit of nostalgia to get a conversation flowing. Although, if you do ask about the Teenage Mutant Hero Turtles and they say anything other than pizza lover Michelangelo, run a mile.

Everyone has a party trick and, let’s face it, everyone loves showing off. This opener offers your match an amusing, intriguing factoid about you, it asks a question requiring a response and, well, it never hurts to hint that you’re good with your mouth.

It’s the age-old debate: penne v fettuccine v linguini v rigatoni. Which one are you? Maybe you even prefer spaghetti – I’m not here to judge. Silly openers are the best way to kick off a heated chat (cooking pun?), and foodie questions are always relatable. My sister swears by: “What’s your favourite vegetable?” But I think her success rate has more to do with the bunny filters and photos from 2013 – but you do you, Bec.

4) ‘I like your beard. Do you own one of those tiny beard combs?’

Compliments are a tricky one because they can come off as creepy so, FYI, things that are fine to comment on include hair – facial included – glasses, slogan T-shirts, jazzy shorts, and Halloween costumes. Things that are off-limits include: body parts and tight clothing. The point is to make it clear you actually looked at their profile, prove you’re paying attention, and show you chose this person.

5) ‘What do you always wish a prospective date would ask you?’

This is particularly great because how often have we been out on a date with someone who asked us exactly zero questions? One date like that is one too many.

6) ‘Did you know the Japanese have a word for that extra room you specifically have for dessert? It’s betsubara and it translates to “second stomach” – pretty cool, right?’

Fun facts are always a welcome option when it comes to the first message. Even if you realise you’re not right for each other, at least you’ve learned something from the encounter, eh? And who the hell can’t relate to this particular fun fact?

Because if we can’t bond over a few dating horror stories, how can we?

8) ‘Settle a debate for me: which is the best hob to use on a cooker?’

Everyone has a favourite (front, left), and everyone loves weighing in on an argument. Winner, winner, chicken dinner (cooked, always, on the front-left hob).

9) ‘What’s your best terrible joke? Personally, I hate jokes about German sausages – they really are the wurst.’

Groans are as good as a laugh – at least they’re engaging with your chat. Other solid gold options include: What was Whitney Houston’s favourite kind of coordination? Haaaaaaaannnd eyyyyyyyyeeee. Or how about: An E-flat, a B-flat and a G-flat walk into a bar. The bartender says: “Sorry, I don’t serve minors.” Tweet me for more, I have a million.

10) ‘If I said you had a beautiful profile, would you hold it against me? Wait … that doesn’t work, does it?’

A cheesy pickup line with a twist shows you don’t take yourself too seriously – and that’s always a good thing. Plus, let’s face it, even a lame pickup line is better than “hey” …

So why not try more than hi? Sign up to Inner Circle, and get one month’s full membership for free