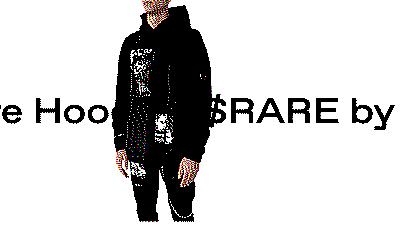 Dee Goens and Jacob Horne have both the exact and precisely opposite background that you’d expect to see from two people building a way for creators to build a sustainable economy for their followers to participate in. Coinbase, crypto-hack projects at university, KPMG, Merrill Lynch. But where’s the art?

“Believe it or not, I used to have dreams of being a rapper,” laughs Goens. “There’s a SoundcCloud out there somewhere. With that passion you explore the inner workings of the music industry. I would excitedly ask industry friends about the advance and 360 deal models only to realize they were completely broken.”

And, while many may be well-intentioned, these deal structures often exploit artistry. In many cases taking the majority of an artist’s ownership. “I grew curious why artists were unable to resource themselves from their community in an impactful way — but instead, were forced to seek out potentially predatory relationships. To me, this was bullshit.”

“I always thought a fashion brand would be something I’d do after crypto,” he tells me. “I love crypto but it felt overly focused on just finance and felt like it was missing something. Then I started to play with the idea of combining these two passions and starting Saint Fame.”

While at Coinbase, Horne hacked on p , a side project that leveraged some of the ideas on display in Zora. It was a marketplace that allowed people to sell and trade items with cryptocurrency, buying intermediate variable-value tokens redeemable for future goods.

“I realized that culture itself was shaped and built upon an old financial system that is systemically skewed against artists and communities,” says Horne. “The operating system of ownership was built in the 1600s with the Dutch East India Trading Company and early Nation States. Like what the fuck is up with that?”

We have the internet now, we can literally create and share information to billions of people all at once, and the ownership system is the same as when people had to get on a boat for six months to send a letter. It’s time for an upgrade. Any community on the internet should be able to come together, with capital, and work towards any shared vision. That starts with empowering creators and artists to create and own the culture they’re creating. In the long term this moves to internet communities taking on societal endeavors.”

The answer that they’re working on is called Zora. It’s a marketplace with two main components but one philosophy: sustainable economics for creators.

All too often creators are involved in reaping the rewards for their work only once, but the secondary economy continues to generate value out of their reach. Think of an artist, as an example, that creates a piece and sells it for market value. That’s great, but thereafter, every ounce of work that the artist puts into future work, into building a name and a brand and a community for themselves puts additional value into that piece. The artist never sees a dime from that, relying instead on the value of future releases to pay dividends on the work.

That’s basically the way it has always worked. I have a little background in this as I used to exhibit and was involved in running a gallery and my father is a fine artist. If he sells a painting today for $300, gets a lot better, more popular and more valued over time, the owner of that painting may re-sell it for hundreds or thousands more. He will never see a dime of that. And God forbid that an artist like him gets too locked into the gallery system, which slices off enormous chunks of the value of a piece for a square of wall space and the marketing cachet of a curator or storefront.

The same story can be told across the recording industry, fashion, sports and even social media. Lots of middle-people and lots of vigs to pay. And, unsurprisingly, the same creators of color that drive so much of The Culture are the biggest losers, hands down.

The primary Zora product is a market that allows creators or artists to launch products and then continue to participate in their second market value.

Here’s how the Zora team explains it:

For an excited community like Jeff [Staple’s], this new dynamic price can cause a quick increase in the value of his sneakers. As a creator, they capture the value from selling on a price curve as well as getting a take on trading fees from the market which they now own. What used to trade on StockX is now about to trade on a creator owned market.

There have been some early successes. Designer and marketer Jeff Staple launched a run of 30 p by Reverseland and their value is trending up around 234% since release. A Benji Taylor x Kevin Doan p .

I have seen some other stabs at this. When he was still at StockX, founder Josh Luber launched their p , a Blind Dutch Auction system that allowed the market to set a price for an item, with some of the cut of pricing above market going back to the manufacturer or brand making the offering. The focus there was brands versus individual creators (though they did launch with a Ben Baller slide). Allowing brands to tap into second market value for limited goods is a lot less of a revolution play, but the thesis is similar. I thought that was a good idea then, and I like it even better when it’s being used to democratize rather than maximize returns.

Side note: I love that this team is messing around with interesting ideas like dogfooding their own marketplace with the value of being in their own TestFlight group. I’m sort of like, p , but at the same time it’s dope and I’ve never seen anything like it.

Zora was founded in May of 2020 (right in the middle of this current panny-palooza). The team is Goens (Creators and Community), Horne (Product), Slava Kim (Design), Dai Hovey (Engineering), Ethan Daya (Engineering) and Tyson Battistella (Engineering).

Zora has raised a $2 million seed round led by Kindred Ventures, with participation from Trevor McFedries of Brud, Alice Lloyd George, Jeff Staple, Coinbase Ventures and others.

But this idea that physical goods or even digitally packaged works have to exist as finite containers of value is not a given either. Goens and Horne are pushing to challenge that too with the first big new product for Zora: community tokens. Built on Ethereum, p is the first of its kind from Zora. André Allen Anjos, stage name RAC, is a Portuguese-American musician and producer who makes remixes that stream on the web, original music and has had commercial work featured in major brand ads.

Crypto Startup School: How to build companies by building communities

Though he is popular and has a following in the tens of thousands, RAC is not a social media superpower. The token distribution and subsequent activity in trades and sales is purely driven by the buy-in that his fans feel. This is a key learning for a lot of players in this new economy: raw numbers are the social media equivalent of a billboard that people drive by. It may get you eyeballs, but it doesn’t guarantee action. The modern creator is living in a house with their fans, offering them access and interacting via Discord and Snap and comments.

But those houses are all other people’s houses, which leads into the reason that Zora is launching a token.

It unites fans across multiple silos. Whether they’re on Intsa, TikTok, Spotify or Snapchat, they can all earn tokens. That token serves as a unifying community unit of value that they all understand and pivot around. It’s a way to own a finite binary “atom” of an artist’s digital being.

It creates a pool of value that an artist can own and distribute themselves. Currently you cannot buy $RAC directly. You can only earn it. Some of that is retroactive for loyal supporters. If, for instance, you followed RAC on Bandcamp dating back to 2009, you’ll get some of a pool of 25,000 RAC. Bought a bit of RAC merch? You get some credit in tokens too. Future RAC distributions will be given to Patron supporters, merch purchasers, etc.

The value stays in the artist’s universe, rather than being spun out into currency. It serves as a way for the artist to incentivize, reward and energize their followers. RAC fans who buy his mixtape get tokens, and they can redeem them for purchases of further merch.

It allows more flexibility for creators whose work doesn’t fall so neatly into package-able categories. Performance art, activism, bite-sized entertainment. These are not easy to “drop” for money. But if you have a circulating token that grows in value as you grow your audience, there is definitely something there.

The future of Zora most immediately involves spinning up a self-service version of the marketplace, allowing creators and entrepreneurs to launch their products without a direct partnership and onboarding. There are many, many uncertainties here and the team has a lot of challenges ahead on the traction and messaging front. But as mentioned, some early releases have shown promise, and the philosophy is sound and much needed. As the creator universe/passion economy/whatever you call it depends on how old you are/fandom merchant wave rises, there is definitely an opportunity to rethink how the value of their contributions are assigned and whether there is a way to turn the long-term labor of building a community into long-term value.