On the ground with Penguin, the Thai protest leader risking jail – video 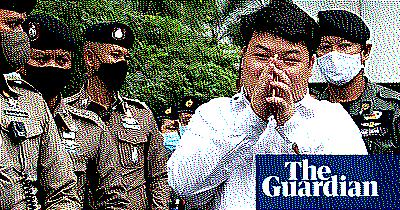 The Guardian follows Parit Chiwarak, known as Penguin, one of Thailand's prominent protest leaders as he helps organise one of the biggest anti-government rallies in years. He and many other young people are risking prison to demand a significant democratic overhaul: they want the power and wealth of the monarchy curbed. Parit said he already faced 18 charges, including sedition, for his involvement in previous demonstrations. More rallies are expected in Bangkok on Wednesday

The king and I: the student risking jail by challenging Thailand's monarchy

Thailand protests: everything you need to know