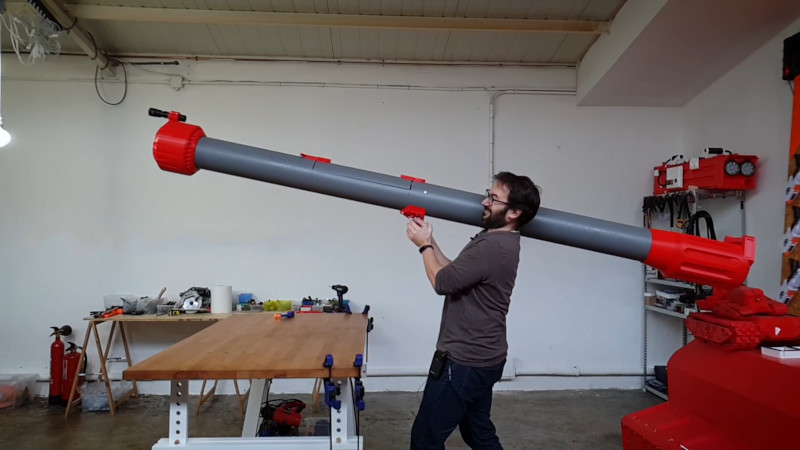 Nerf blasters are a fun toy, often confiscated from children once they hit one too many precious ornaments around the home in the midst of battle. [Ivan Miranda] is bigger than most children however, and set about building a much larger blaster.

The bazooka-like design uses a several meters of 160mm PVC pipe, firing “darts” constructed out of foam yoga rollers and buffing pads. The build uses a littany of 3D printed components in its construction, both as part of the firing mechanism and as jigs to help machine the pipe. A large plunger is used to propel the darts, which is pulled back against the tension of thick rubber tubes before being released by the trigger mechanism.

It’s an intimidating device, to be sure. However, we suspect its short range, huge size, and slow reload time should stop it from breaking the meta-game at your local Nerf battles. That said, we still wouldn’t want to take a shot from this bad boy to the head. Hackers do love a good Nerf build, and they’re particularly popular in sentry applications. Video after the break.