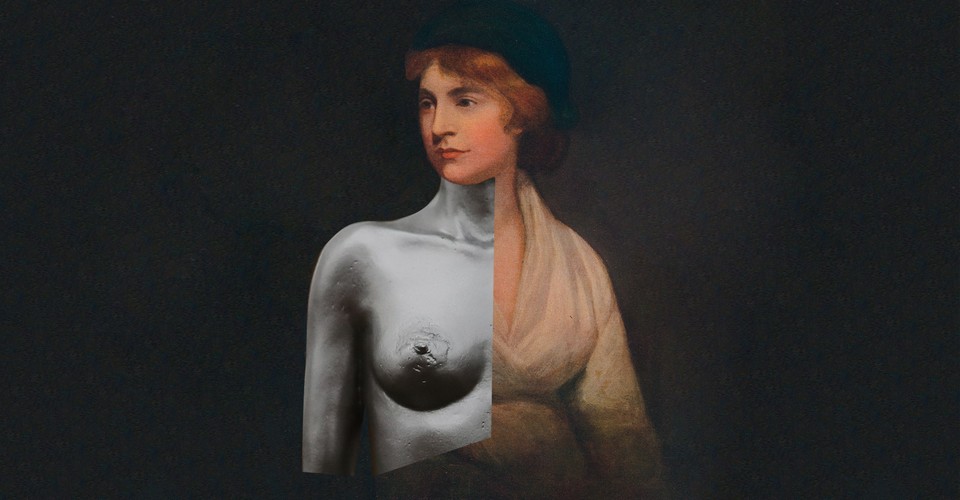 On his wedding night, the Victorian art critic John Ruskin recoiled from his new bride, the attractive 20-year-old Effie Gray, and found himself unable to consummate the marriage. As Effie later wrote to her father, Ruskin “had imagined women were quite different to what he saw I was.” After six unhappy years, their marriage was annulled because of Ruskin’s “incurable impotency.”

But what, exactly, was the problem? The speculation has always been that what so disgusted Ruskin was that—after a lifetime studying classical statues—he’d had no idea that women had pubic hair.

That delusion will not be shared by anyone who has seen a new commemorative statue for Mary Wollstonecraft in North London. The tiny female silver figure at its apex is lavishly endowed with the stuff. The 21st century might be the era of the “landing strip,” but in a corner of this park, it is forever 1975. (That is not even the most baffling decision made by the artist, Maggi Hambling, an honor that goes to the statue’s mismatch of textures—the fungal base, the smooth shaft, the sharp angles of the human figure at the tip—and proportions. This is not, to say the least, how I would choose to be remembered.)

Wollstonecraft was a radical, politically and personally, and she is now seen as the “mother of feminism” thanks to her rebuttals of 18th-century philosophers, such as Jean-Jacques Rousseau, who argued that women were weak and fundamentally unserious. She pushed for better education for girls to counteract society’s tendency to value their looks over their brains. “Taught from infancy that beauty is woman’s sceptre, the mind shapes itself to the body, and roaming round its gilt cage, only seeks to adorn its prison,” she wrote in A Vindication of the Rights of Woman.