Why Black Men and Women Vote So Differently 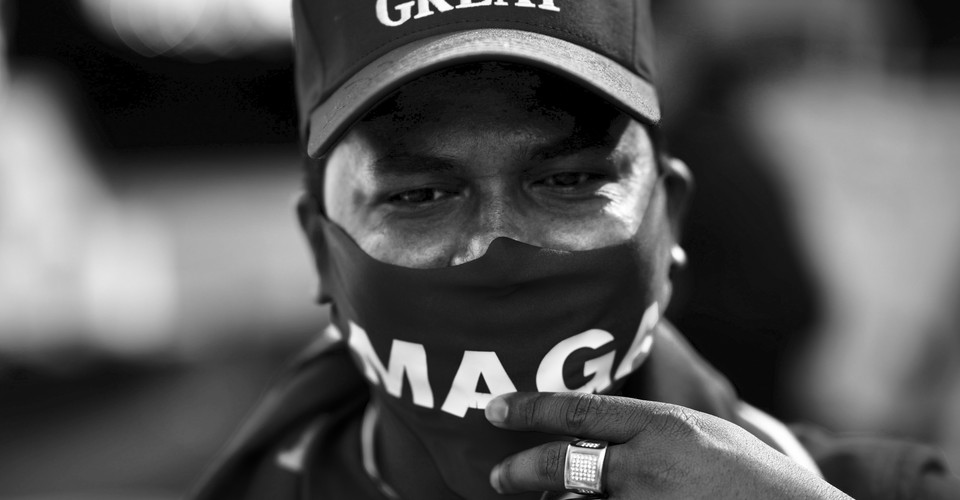 The number of Black men supporting the GOP in 2020 may be disorienting for some, especially because Trump has been outspoken in his disdain for a number of issues of concern to this bloc—particularly the Movement for Black Lives. But men have been the drivers of Black support for the GOP for nearly a century, as my research on Black Republicans has shown. And although some Black women have embraced Republican politics, they are still the demographic group least likely to support Republican candidates.

The election and reelection of President Barack Obama in 2008 and 2012 are the only points in recent history where we’ve seen Black men’s support for the GOP bottom out. In 2008, for instance, 95 percent of Black male voters cast ballots for the nation’s first Black president, according to exit polls. But as the glow of the initial Obama years faded, some Black men drifted back into the Republican Party, while others joined anew.

Based on my findings, this attraction to the GOP can be partially explained by the fact that Black men tend to prioritize presidential candidates’ individual attributes, including race, personality, and experience. That’s why a small subset of these voters saw something attractive in Trump, regardless of his racism: His hypermasculine, anti-establishment, pro-capitalist rhetoric compelled them to support him. Given that most Black men believe that both the Democratic and Republican Parties are racist, it makes sense that some of them respond enthusiastically to broader GOP cues that stress the failure of American institutions. Republicans are adept at cynically exploiting a fractured political system that many Black men, irrespective of their politics, believe doesn’t have their best interests in mind.

In the Richard Nixon era, for example, Black newspapers complained bitterly of “Black men singing” the gospels of the GOP. That any Black person would support a man who represented the “evils of white America—racism, capitalism, treachery, imperialism, arrogance, and deceit” was shocking, wrote the editors of the New York Amsterdam News in the early 1970s. And yet, approximately 23 percent of Black male voters did just that in the 1972 presidential election. Those Black men who cast ballots for Nixon did so primarily for financial reasons, pointing to the president’s economic agenda and his emphasis on entrepreneurship and “Black capitalism.” These voters also expressed a hard-line belief in the idea of two-party competition, arguing that an exit from the Democratic Party would force both parties to compete for Black votes.

Black men dropped significantly from the GOP with Ronald Reagan’s ascent to the presidency in the ’80s, but he still managed to grab about 13 percent of their votes. Similar to Nixon’s efforts, Reagan’s campaign focused heavily on financial matters, advocating for a “Black-owned, Black-operated philosophy,” and lobbying for states’ rights as a means for Black communities to “take back” their neighborhoods through cooperative economics. Reagan’s team focused on shifting the political dialogue away from conversations about race and racism, instead highlighting preexisting tensions between Black voters and Democratic politicians. The goal was to denounce them as ineffective and indifferent to Black voters, while simultaneously highlighting aspirational but vague ideas about tax cuts, unregulated capitalism, economic growth, and jobs in Black neighborhoods. Though these political overtures appeared to represent community interests, voter enthusiasm for them reflected a kind of individualism rooted in exploiting economic gains for one’s self. In actuality, the majority of Black voters saw their life outcomes worsen during the Reagan era. Still, the president managed to maintain a certain level of support from some Black men.