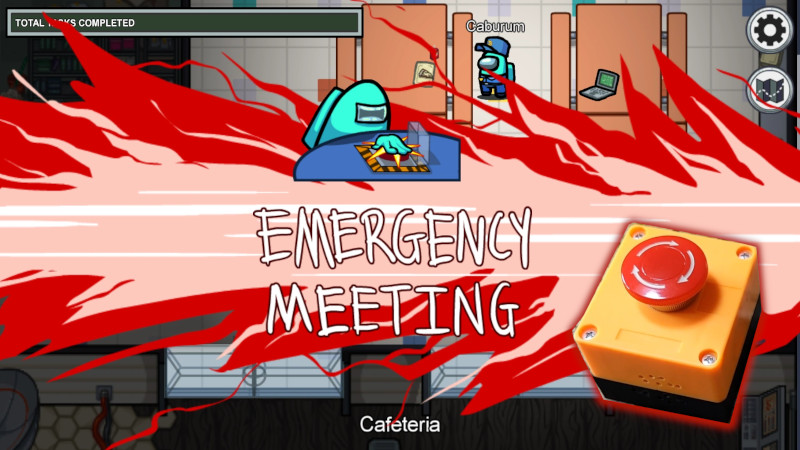 Among Us has been an indie gaming success story. A game built by a small team has, after several years on the market, become a worldwide sensation. Gameplay consists of players attempting to find the imposter amongst their ranks and an “Emergency Meeting” can be called if players need to speak to each other. [john lemme] wanted to be able to do the same with his roommates, and set about building the real thing.

The build relies on an ESP32, which reads the state of a big red emergency button. When pressed, the ESP32 uses its WiFi connection to trigger a Discord conference call containing all the roommates. Naturally, it also plays the buzzer sound from the actual game, too – via a small amplifier and a speaker yanked from some headphones.

It’s a fun build, though [john] notes it has its limits. The call takes 10 seconds to initiate after the button press, and the audio hardware doesn’t do a great job of recreating the buzzer noise from the game. However, it’s a good starting point, and we think the concept could actually prove useful with some refinement. Video after the break.