GOP Enabling Trump As His Legal Challenges Are Becoming Limited 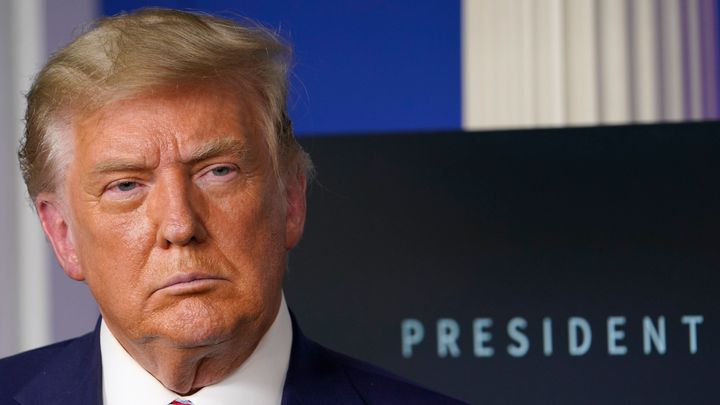 As one Trump court case after another falls by the wayside, Trump is doubling down on efforts to disrupt the election outcome. Rather than accept the reality of the vote, the president is using the weight of his office to try to squash it. He summoned Michigan state lawmakers to the White House on Friday after personally reaching out to GOP officials ahead of next week’s deadline to certify election results. Others from Pennsylvania may similarly be invited in.

Republicans are standing by as it all unfolds. What started as a GOP strategy to give the president the time and space he needed to process his defeat is now spiraling into an unprecedented challenge to the election outcome like nothing since the Civil War.

With their silence, the Republican lawmakers are falling in one step deeper with the president they have spent four years trying to appease. A few have spoken up. But mostly the Republicans are enabling Trump as he wages an unsubstantiated attack on the election that threatens to erode civic trust and impede Biden’s transition to the White House. It could define careers for years to come.

But in one state after another, from Arizona to Georgia, the Trump cases are failing. Trump forced recounts Friday in two counties in Wisconsin. More legal action is expected there and cases are pending elsewhere. Nowhere has evidence been presented of widespread voter fraud on a scale that could alter the outcome.

But there’s no guarantee their gamble will work. Rather than glide toward that outcome, Trump is digging in — moving beyond the GOP argument that it’s about counting legal votes and halting illegal ones to more broadly trying to overturn results.

Almost none of the top Republican leaders in the House or Senate responded directly Friday when asked by The Associated Press if they believe the states have any reason not to certify their election results.

Only Rep. Liz Cheney, the No. 3 Republican in the House, and the daughter of the former vice president said if Trump is unsatisfied with the outcome of the legal battles, he can appeal.

“If the president cannot prove these claims or demonstrate that they would change the election result,” Cheney said in a statement to The AP, “he should fulfill his oath to preserve, protect and defend the Constitution of the United States by respecting the sanctity of our electoral process.”

It’s a strategy they have used throughout the Trump presidency, keeping him close so as not to alienate his supporters — whom they need for their own reelections — and not getting too involved when he strains the nation’s civic norms.