A bit of XENIX history

From 1986 to 1989, I worked in the Xenix1 group at Microsoft. It was my first job out of school, and I was the most junior person on the team. I was hopelessly naive, inexperienced, generally clueless, and borderline incompetent, but my coworkers were kind, supportive and enormously forgiving – just a lovely bunch of folks.

Microsoft decided to exit the Xenix business in 1989, but before the group was dispersed to the winds, we held a wake. Many of the old hands at MS had worked on Xenix at some point, so the party was filled with much of the senior development staff from across the company. There was cake, beer, and nostalgia; stories were told, most of which I can’t repeat. Some of the longer-serving folks dug through their files to find particularly amusing Xenix-related documents, and they were copied and distributed to the attendees.

If memory serves, it was a co-operative effort between a number of the senior developers to produce this timeline detailing all the major releases of Xenix. 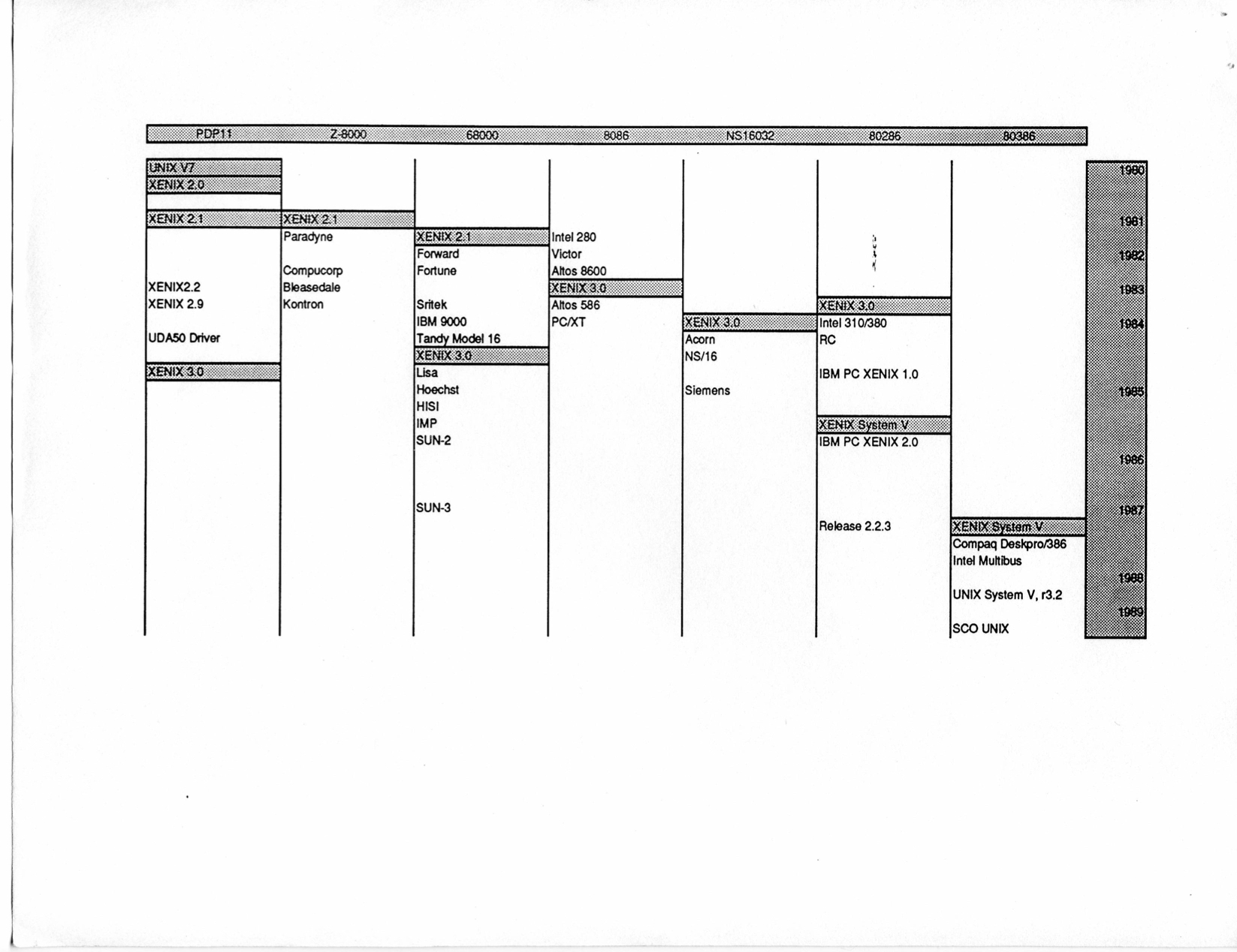 I have no personal knowledge of the OEM relationships before 1986, and I do know that there were additional minor ports and OEMs that aren’t listed on the timeline (e.g. NS32016, IBM PS/2 MCA-bus, Onyx, Spectrix), but to the best of my understanding this hits the major points.

Since we’re on the topic, I should say that I’ve encountered a surprising amount of confusion about the history of Xenix. So, here are some things I know:

Xenix was a version of AT&T UNIX, ported and packaged by Microsoft. It was first offered for sale to the public in the August 25, 1980 issue of Computerworld. 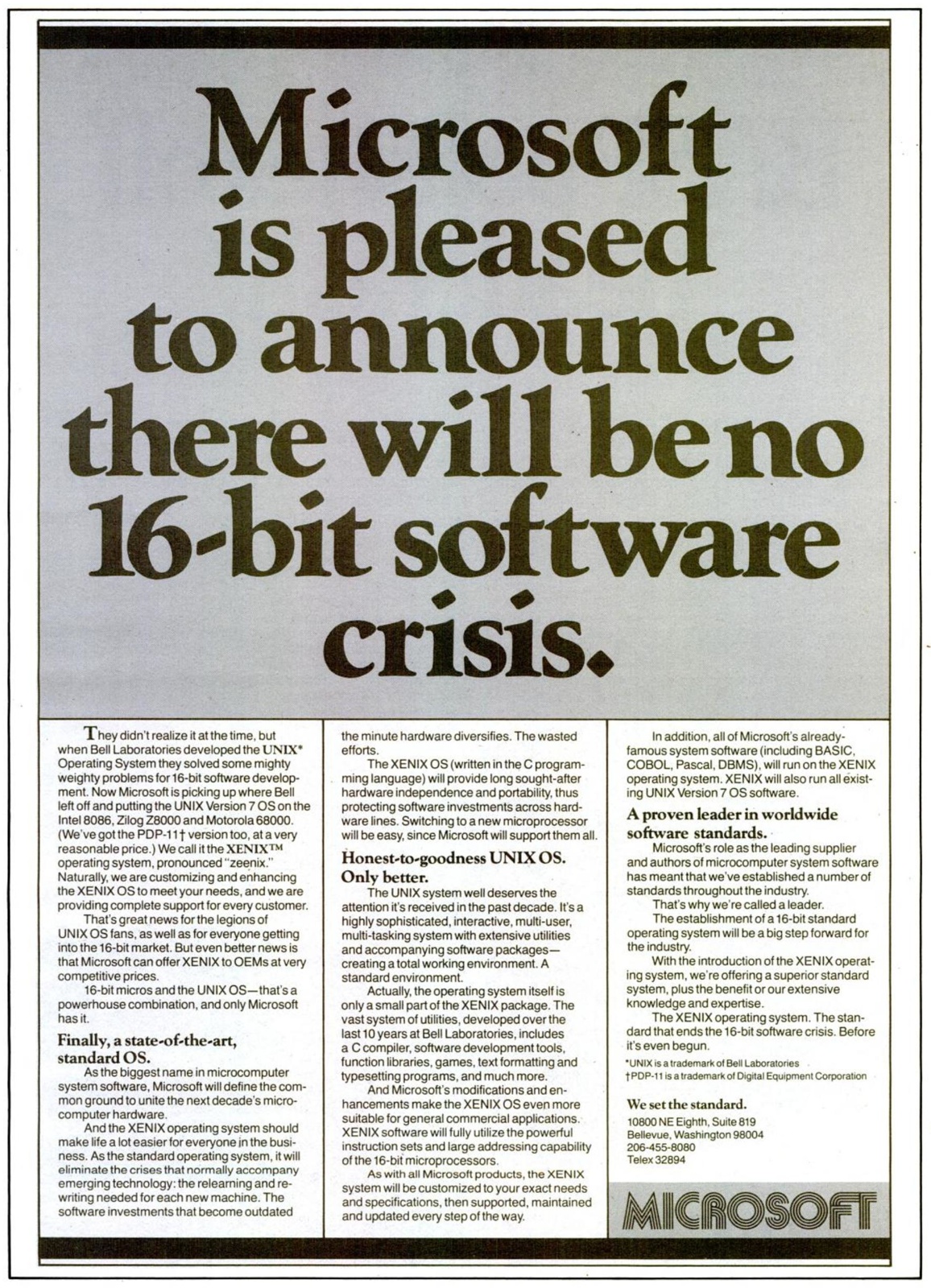 MS owned the Xenix trademark and had a master UNIX license with AT&T, which allowed them to sub-licence Xenix to other vendors.

Xenix was licensed by a variety of OEMs, and then either bundled with their hardware or sold as an optional extra. Ports were available for a variety of different architectures, including the Z-8000, Motorola 68000, NS16032, and various Intel processors.

In 1983, IBM contracted with Microsoft to port Xenix to their forthcoming 80286-based machines (codenamed “Salmon”); the result was “IBM Personal Computer XENIX” for the PC/AT. 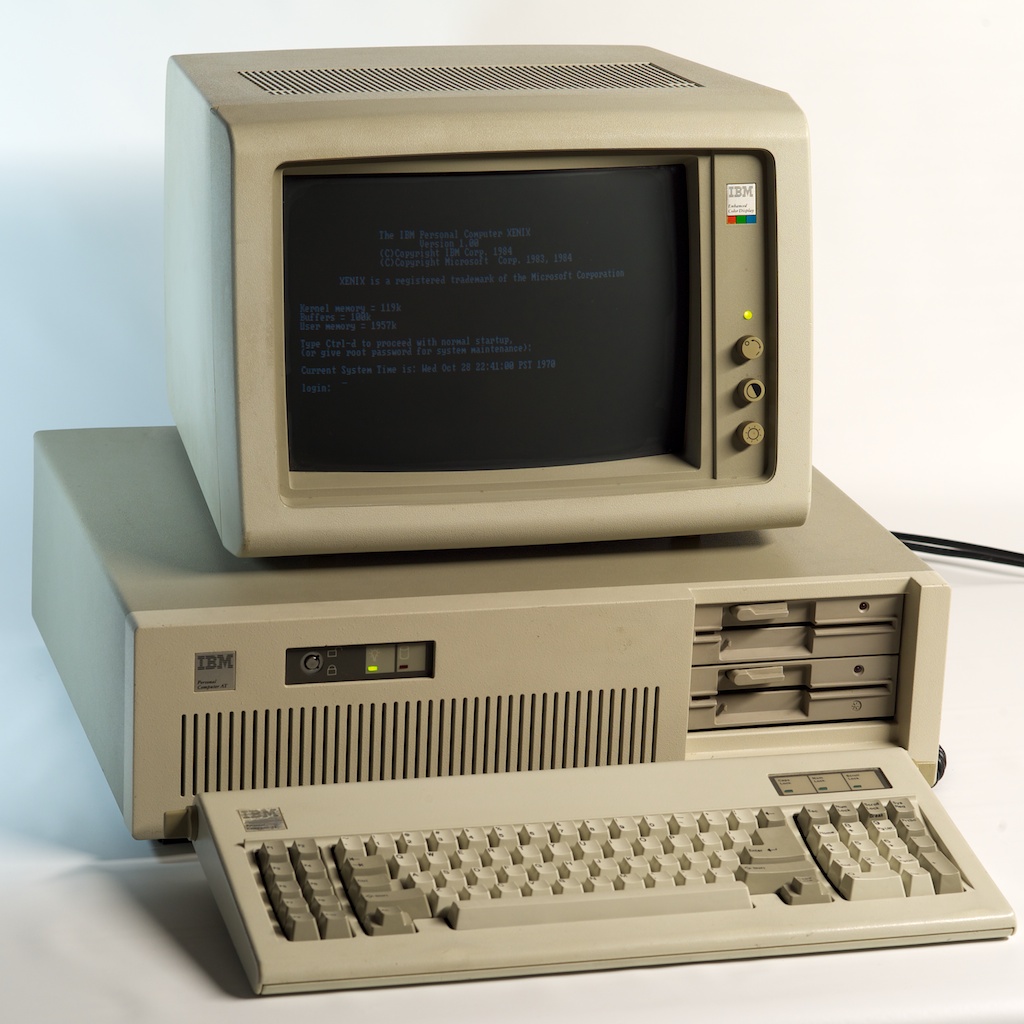 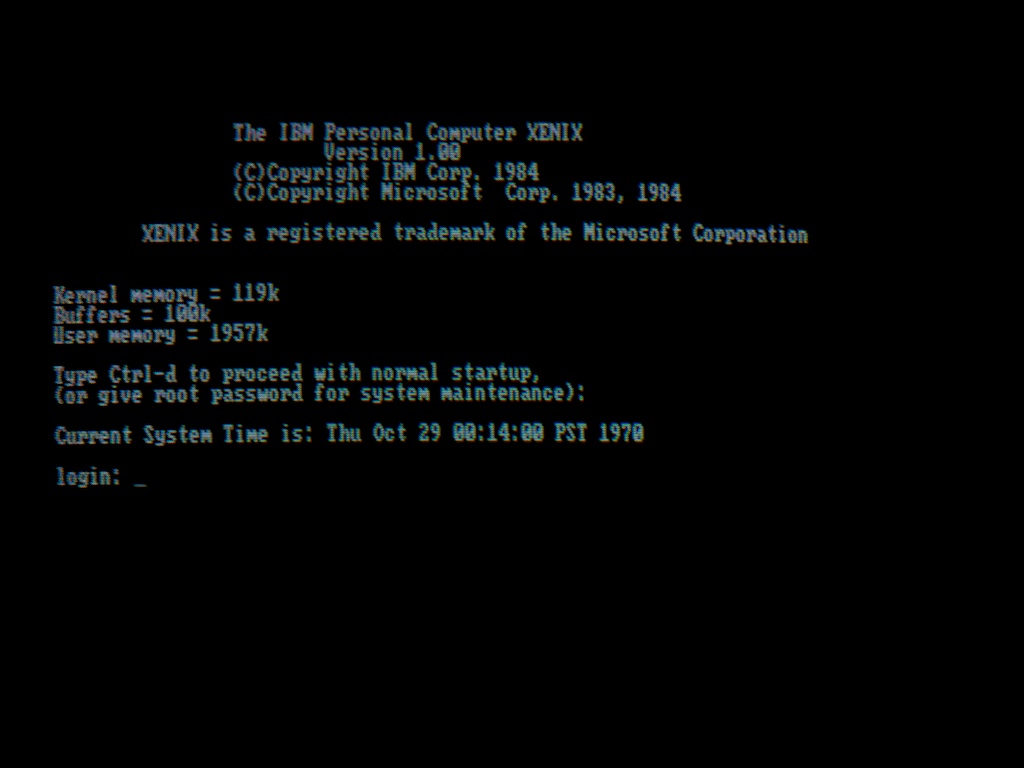 By this time, there was growing retail demand for Xenix on IBM-compatible personal computer hardware, but Microsoft made the strategic decision not to sell Xenix in the consumer market; instead, they entered into an agreement with a company called the Santa Cruz Operation3 to package, sell and support Xenix for those customers.

Even with outsourcing retail development to SCO, Microsoft was still putting significant effort into Xenix: 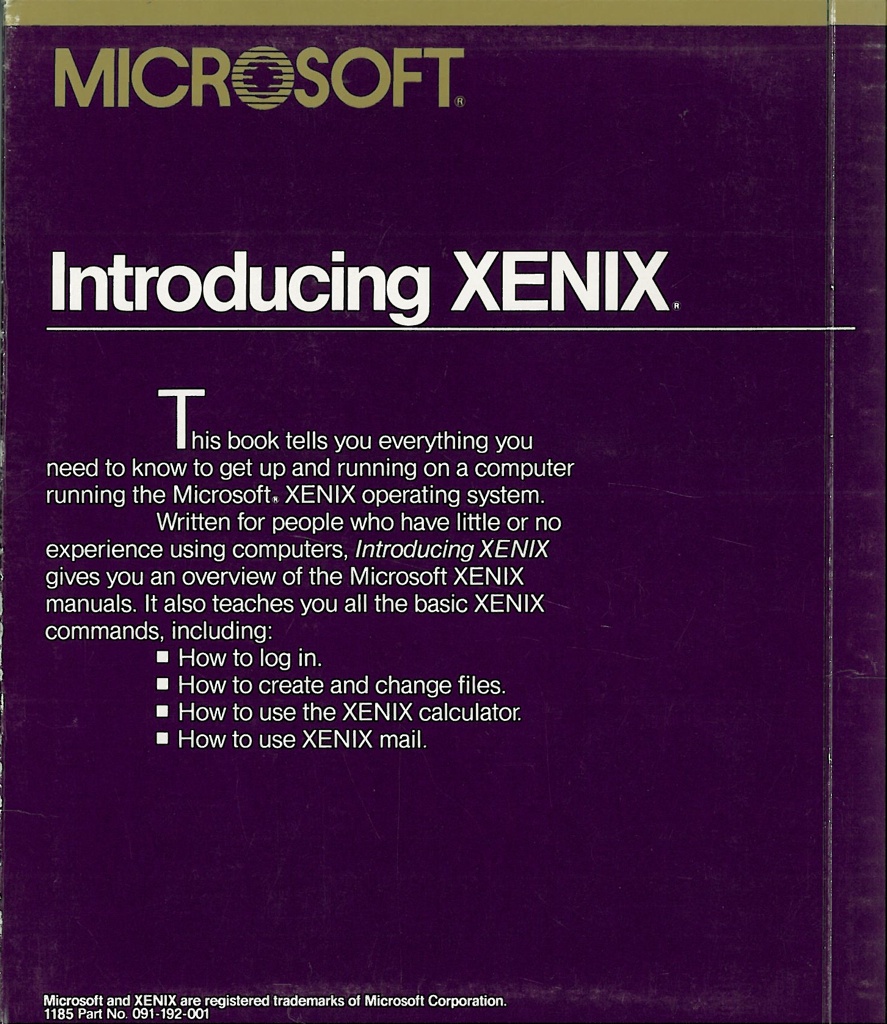 As late as the beginning of 1985, there was some debate inside of Microsoft whether Xenix should be the 16-bit “successor” to DOS; for a variety of reasons – mostly having to do with licensing, royalties, and ownership of the code, but also involving a certain amount of ego and politics – MS and IBM decided to pursue OS/2 instead. That marked the end of any further Xenix investment at Microsoft, and the group was left to slowly atrophy4.

The final Xenix work at Microsoft was an effort with AT&T to integrate Xenix support into the main System V.3 source code, producing what we unimaginatively called the “Merged Product” (noted by the official name of “UNIX System V, r3.2” in the timeline above).

Once that effort was completed, all Intel-based releases of UNIX from AT&T incorporated Xenix support; in return, Microsoft received royalties for every copy of Intel UNIX that AT&T subsequently licensed.

It will suffice, perhaps, to simply note that this was a good deal for Microsoft.