notice: I've disabled signup/login as malformed RSS feeds were costing me loads in cloud bills. Will look at a better way to fix this in future. Contact me on twitter if there's a feed you'd like included in the meantime

Diving into Dependabot along with a bug in npm

If you are developing some applications on GitHub, you might have seen pull requests from Depedabot. It automatically finds outdated vulnerable packages and sends pull requests to fix that. 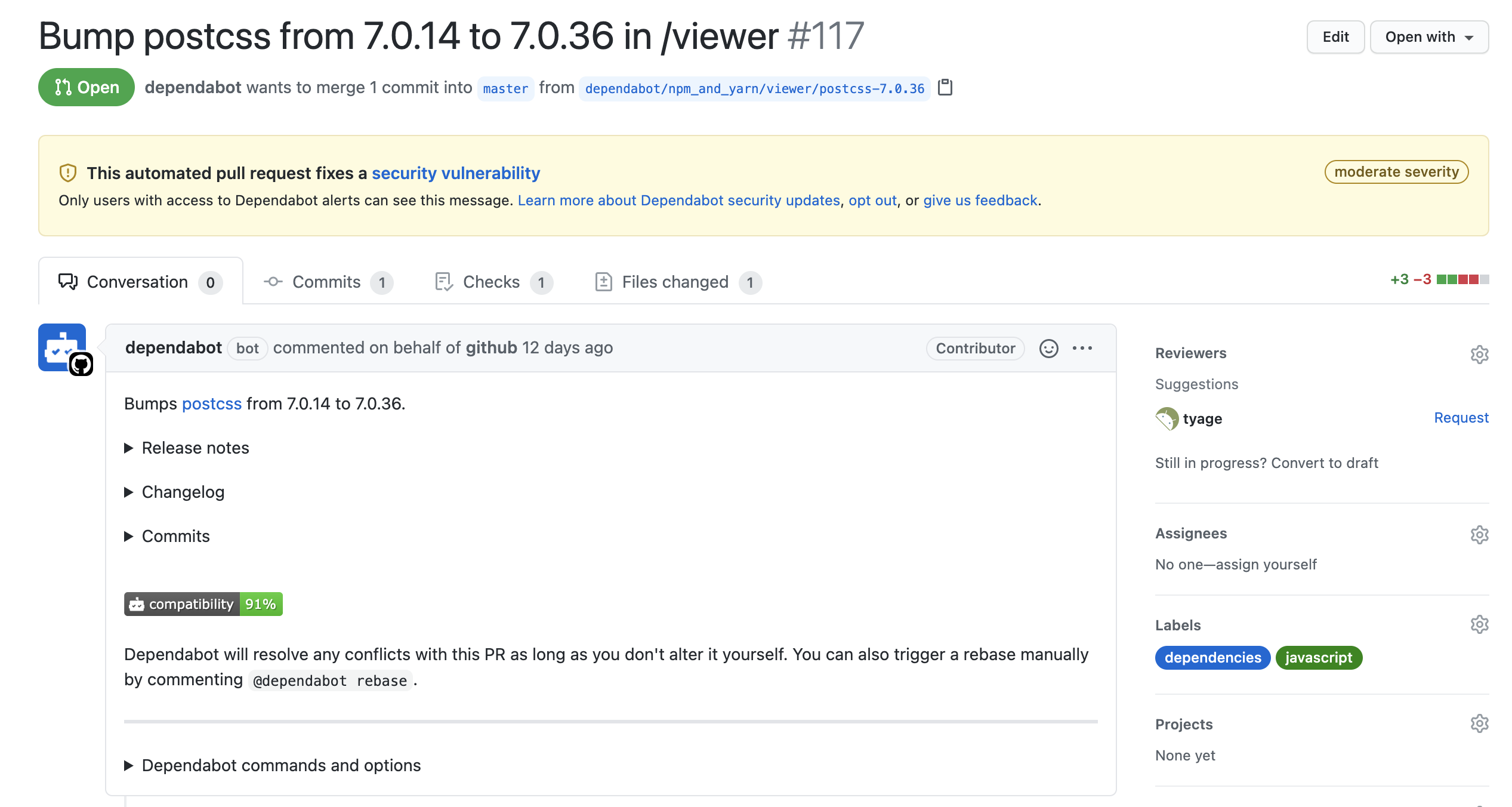 It is enabled by default and can make a commit on dependabot/* branch of many repositories on GitHub. Therefore, I thought If I could gain a controll of Dependabot, I can steal write permissions of those repositories. So I started to look into Dependabot.

The core module of the Dependabot is open-sourced (https://github.com/dependabot/dependabot-core), so we can use Dependabot outside of GitHub. To start the investigation, I prepared an local Dependabot environment following the official sample code.

This sample code requires GitHub access token to fetch the source code of the repository.

My first idea is to deceiving a Dependabot so that the bot will sends the token to my server instead of GitHub. This idea seems possible because there are flaws in URL validations.

One of the validations is to check whether the URL contains github.com or not. Obviously, this validation accepts a URL such as github.com.mocos.kitchen.

Another one uses following regexp which accepts a URL such as git+https://github.com.mocos.kitchen/username/repo.

Based on these tricks, Dependabot treats git+https://github.com.mocos.kitchen/username/repo as a valid GitHub’s URL.

To proof this concept, I created a sample repository that includes following package.json file.

Next, I updated the credentials, repo_name and dependency_name in update-scripts.rb from the official sample code so that we can run dependency checker against the sample repository I created. When I run the script, my server - github.com.mocos.kitchen - received a request containing GitHub Access Token.

It means, if someone run a dependency checker against malicious repository, their GitHub Access Token will be stolen!

First dive into a Dependabot server

Next, in order to try this attack in GitHub environment, I enabled Dependabot alerts in the sample repository. We can do this by simply creating a .github/dependabot.yml file.

I successfully received a HTTP request from a Dependabot in GitHub. But contrary to my expectation, there is no GitHub Access Token in the request. Afterwards, it turns out that those servers are using special HTTP proxy which enalbes the bot to access target repository without GitHub Access Token.

I couldn’t steal the token from GitHub’s Dependabot server by SSRF, but after some investigation, I found another bug.

I got the shell of the Dependabot server suddenly, but unfortunately, what we can do in the server is limited. Here is what I could do:

Therefore, we couldn’t obtain read/write access of other user’s repository. (If we can pwn the internal HTTP proxy or API server, it will allow us to escalate the permission, I guess.)

Even though I couldn’t get the access to other user’s repository, I could impersonate as a verified Dependabot account and create a commit and pull request by calling internal API. 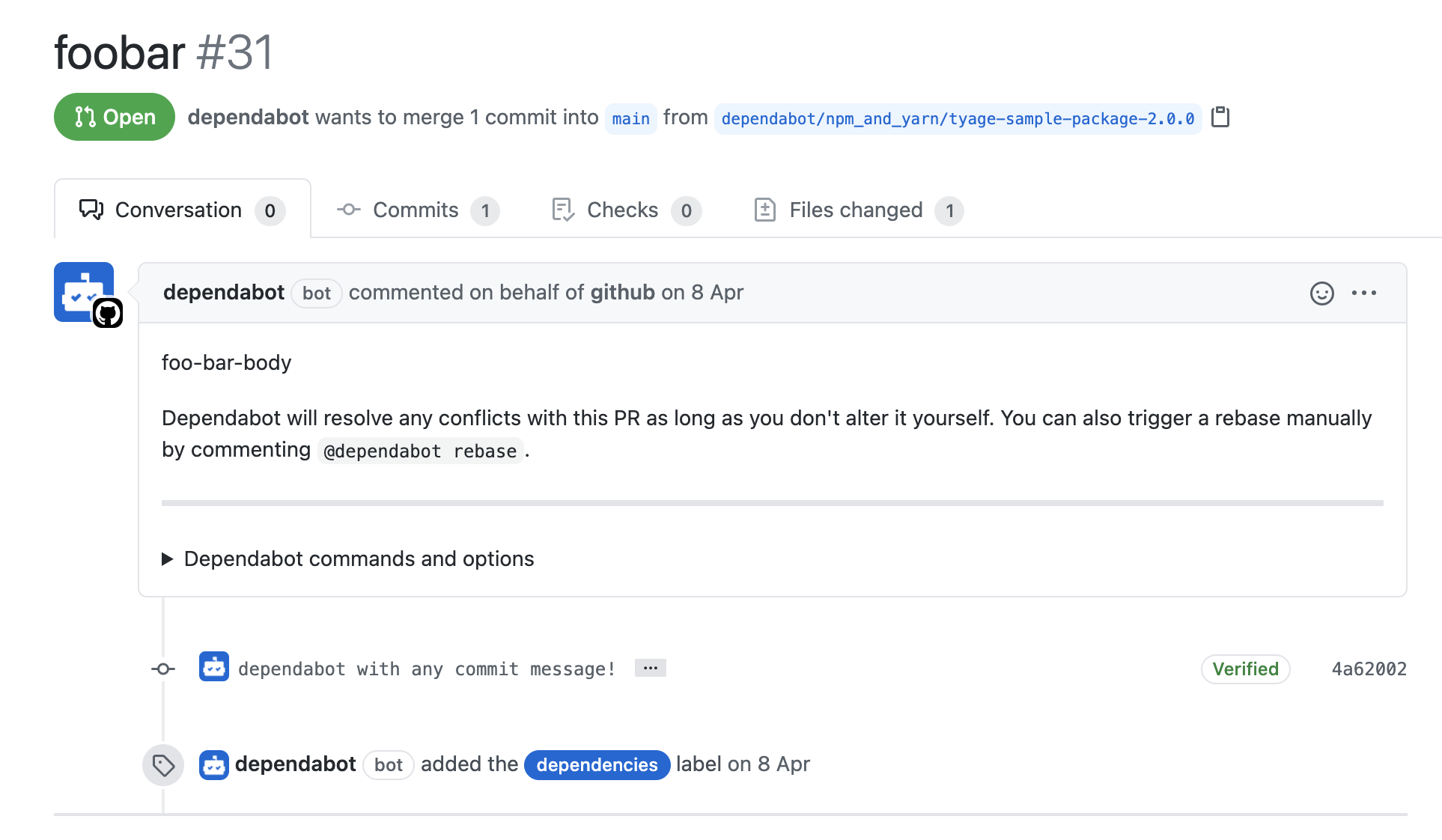 By the way, what was happend to Dependabot when I changed the package name to https://github.com/tyage/;$([email protected]:3001);...? I found that the command was executed in run_npm_7_top_level_updater method. In this method, the bot runs npm install command with --ignore-scripts --package-lock-only arguments so that it can see if the lock file is updated without running install scripts.

Therefore, I thought Dependabot doesn’t escape the arguments, but it does properly escapes all command arguments.

Yes, the bug is in npm! Even if there is a --ignore-scripts option, we can execute a shell command injected in a package name!

Also, if child_process.spawn method is called with shell option, the command will be run inside of the shell.

npm passes opts variable, which contains npm config, as an option argument. It means opts.shell is same with shell config which default value is a $SHELL environment variable or bash on Posix

You can see your config of the npm with npm config command.

Summarizing the above, npm calls child_process.spawn so that they can execute git ls-remote 'git+https://....', but since they set the shell option, malicious shell command - starts from ; or $( - in the package name is evaluated.

I reported this bug to the teams and it was resolved in npm 7.10.0. I asked if they issue CVE but they answered they will not.

But as you know, the action “installing a malicious npm package” itself is already dangerous, so this bug only affects to limited situations such as a dependency checker.

I reported SSRF to Dependabot and RCE to npm, and received bounties $617 and $7,500 respectively.

Interestingly, both of them are in the scope of GitHub Bug Bounty Program.