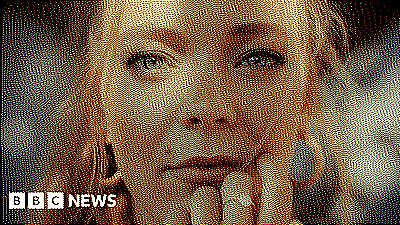 Last month, as part of Radio 1's virtual Big Weekend festival, Becky Hill installed a microphone in her bedroom and belted out a medley of flawless club classics.

Among them were chart-toppers like Gecko (Overdrive), the summer anthem I Wish You Well, and the platinum-selling Lose Control.

For a lot of listeners it was an lightbulb moment, as they figured out Hill was the voice behind some of the biggest hits of the 2010s.

"I heard all these songs so many times but never realised," wrote a typical user under a YouTube video of her performance. "Becky's voice is absolutely brilliant."

The 26-year-old is getting used to that reaction. On tour with The Script earlier this year, she witnessed the audience having the same epiphany every night.

"I'd come on stage and half-way through my set I'd go, 'How many of you didn't know who I was by my name?' and I'd see an array of hands," she says.

"Then I'd say, 'How many of you knew me after you heard the music?' and they'd all keep their hands up!

"It's so nice to see them click, singing all the words and going, 'I didn't know that was you!'"

Hill started her career on the first UK series of The Voice in 2012, reaching the semi-final. But when the programme turned out to be hopeless at launching people's careers, she became a songwriter for hire, writing and recording hits for producers like Oliver Heldens, Sigala and Jax Jones, all while holding down a bar job in her home town of Bewdley.

A record deal with Parlophone produced a couple of EPs and the criminally underrated single Losing - but ultimately failed to pan out.

Since 2017, she's been signed to Polydor where, in addition to touring with Pete Tong's Ibiza Classics show, she recently scored her first hit single under her own name, the defiantly upbeat Better Off Without You.

She's following that up this week with a new, house-inspired single Heaven On My Mind, and the launch of her "Art Of Rave" podcast.

Hill sat down with the BBC to talk about those projects, her "freakishly strong" arms and why many artists are afraid to speak badly of Spotify.

Hi Becky, how are things?

I'm good, thanks. I had my first personal training session this morning. I'm trying to get back out into the bikini sunshine before it's Christmas.

How did it go?

Not bad. We're trying to build up my strength again. I think I'm my trainer's example student because he tells all his clients I'm really freakishly strong.

What makes you freakishly strong?

Weight training and a good genetic make-up! But I do suffer from having a protruding belly if I don't work out so we're back on it after the lockdown.

Were you, like everyone else, just snacking on biscuits the whole time?

Yes, eating non-stop. I can't cook either, so my boyfriend was cooking for me every single day. He was knocking up salmon joints and turkey roasts... I think he was trying to get me to stay with him through the lockdown. And it worked.

strong Better Off Without You strong Wish You Well about your ex, so is this someone new?

No! We've kind of come back together and sort of sorted things out.

I've actually written a lot of songs about him. Sunrise In The East was about me and him staying up all night talking; I Could Get Used To This was written just before our fourth date, and it was about stepping into a new relationship; and then obviously Wish You Well and Better Off Without You happened when we had the break-up.

Not to put any pressure on the situation, but if you ended up getting married, would you play I Could Get Used To This at the wedding?

Hell no! Can you imagine dancing to your own tune at your own wedding? I wish I was that up my own arse, but I'm not unfortunately.

Your new single Heaven On My Mind is a proper dancing-in-a-field summer anthem. Is it strange to be releasing it in a year when all the festivals are cancelled?

Yeah, it's a very weird time, but I'm hoping people are listening in their gardens and still enjoying the summer music vibes.

What was the inspiration for this one?

It was actually sent to me as a fully-formed song [then] me and my best friend MNEK rewrote the verses and added the crowd chanting at the end.

What attracted you to the song?

Last year was quite a dark year for me. My granddad got liver cancer and died. My mum was nursing him and she got alopecia because of stress. Then my nana, who's got dementia, had a fall and my mum had to move her into a care home. On top of that, I moved house, I had a relationship break-up, and me and my housemate fell out.

So Heaven On My Mind is a song I would never have thought about writing. But I really loved the concept knowing there is a light at the end of the tunnel. And I think that was a really strong message for me last year.

The song is coming off the back of your first solo hit, and that eye-catching Radio 1 performance. It feels like this might be a turning point in your career. Are you ready to give up your anonymity?

Yes! I mean, whenever I go back to Bewdley it's like I'm the local celebrity and that's very, very strange. But I'm looking forward to, hopefully, success and on a big scale because I feel like I've been writing this album for my entire career and I want as many people as possible to hear it.

Has the wait been frustrating?

Not really, actually. It's been frustrating that people only saw me as a "featured artist" for a while, but in terms of making an album, it's been quite a nice, unpressurised environment to write songs and pick the best ones.

How many songs do you think you've written in that time?

I Wish You Well has seven writers listed on the credits. What do you contribute in a situation like that?

My strength is in melody and lyrics. I had the phrase "wish you well" written down on my phone because I really like to have concepts and stories in songs. And although I'm not particularly great on chorus melodies, I came up with the first half of that chorus.

How common is it to have that number of writers now?

It's interesting really, because if you're in a room with two other people and one of those people doesn't contribute anything, they still get a third [of the publishing royalties], because if you're in the room then you either changed the vibe or the way things were written, even if you didn't necessarily come up with lyrics or melody.

How do you make a living when the money is split seven ways?

I think it's important to find out who all the writers were and make sure everyone gets a fair cut - but the music industry hasn't really got payment of people right at all, to be honest.

All the labels have a share in Spotify, for example, but it's difficult to speak up against it because if you slag off Spotify, you're probably not going to get your next single on their New Music Friday playlist. There's a lot of stuff that people feel they have to stay silent on. But I always try to make sure everyone who works on a song gets paid.

That's impressive, because I think a lot of people would be tempted just to take the money.

I don't know. I think it's a lot fairer than that, especially among writers. We all tend to look after each other a bit better these days.

You're about to launch a podcast about rave culture. What prompted that?

Basically, the podcast started because I wondered if I was missing the golden days of rave.

I started raving when I was fully legal - 18 years old - and I wanted to know if social media and phones had changed the experience. Like, I've always noticed if I go to a house rave, people are shuffling, and their mate is recording them shuffling, then they upload it to their Instagram going, "Look at me shuffling!". And I wondered if that had damaged the essence of rave culture.

So I spoke to people like Roni Size and Pete Tong about how has the landscape has changed, from when they started DJing in the 80s to now, and did I miss out on an era that I wanted to be a part of? And I've got some very mixed responses.

If you could go back to a specific era of rave, what year would you choose?

I'd go back to 1998 for a couple of days, before the drugs got worse and the music changed. I love all that euphoric trance from the Ibiza days. It must have been the best time.

Becky Hill's new single Heaven On My Mind is out now, and her podcast launches next week.

i Facebook i @BBCNewsEnts . If you have a story suggestion email entertainment.news@bbc.co.uk .