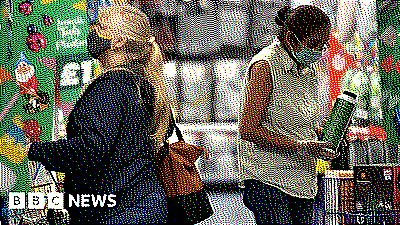 People shielding against coronavirus can now leave their home and return to work, as a further easing of lockdown restrictions in England is postponed.

More than two million at high risk will no longer need to isolate in most of England, Scotland and Northern Ireland.

It comes after the PM applied the brakes to easing restrictions further and as some businesses remain closed.

England's chief medical officer warned the UK may have reached the limit on lifting lockdown as cases rise.

Prof Chris Whitty said the "idea that we can open up everything and keep the virus under control" is wrong.

Asked whether it was safe for England's schools to fully reopen to all pupils in the autumn, Prof Whitty said it was a "difficult balancing act" but "we have probably reached near the limit, or the limits, of what we can do in terms of opening up society".

But he told BBC Breakfast the "way in which the [lockdown] announcement was communicated" on Thursday night "sort of dribbling out" without all the detail "has caused a degree of confusion and anxiety".

Meanwhile, a new report suggests more than half of the people furloughed during the pandemic are now back at work, as companies begin contributing to the costs.

When lockdown began in March, those considered extremely clinically vulnerable - an estimated 2.2 million people in England - were advised to stay at home, or shield, to avoid contracting Covid-19.

People in high-risk categories include those who have had an organ transplant, are receiving immunosuppressant drugs, undergoing chemotherapy and radiotherapy, or have severe respiratory conditions.

Now, they can return to work if they cannot work from home and as long as their workplace is Covid-secure. It is still advised they maintain social distancing when outside.

From Saturday, those who were shielding in England, Scotland and Northern Ireland will no longer receive food boxes and medicine deliveries from the government.

But shielding advice remains in place for Blackburn with Darwen in the north-west of England, Leicester and Luton, and the most vulnerable will continue to shield in Wales for another two weeks.

Norah Grant, who has chronic lymphocytic leukaemia and leads a support group for people under 60 with the condition, says the decision to end shielding was "very odd just considering everything that is happening in Manchester and all around".

"I don't think I will be changing my habits," she tells BBC Radio 4's Today programme, adding that she will be able to work from home in one of her two jobs.

"A lot of people in our [support] group are very nervous about going back to work," she said.

Sara Swanson, who has an immune deficiency which means she can't produce antibodies, says she will also continue to shield.

"I really don't think it is safe," she says. "There are a lot of people not following the rules.

"So for me it is safer for me to just stay at home."

She says she will only be able to work "partially" from home, so it will impact her financially.

Boris Johnson on Friday announced that the further easing of lockdown restrictions in England - due to come in this weekend - would be postponed for at least a fortnight.

It means that the following will not be able to take place until 15 August, at the earliest:

The rethink on easing England's lockdown follows new restrictions for people in parts of northern England, after a spike in virus cases.

New lockdown rules were introduced in areas including Greater Manchester, east Lancashire, and parts of West Yorkshire. The rules include a ban on separate households meeting each other inside their homes and private gardens.

Face coverings will be mandatory in more indoor settings, such as cinemas, with the new rules being enforceable in law from 8 August.

Figures published by the Office for National Statistics (ONS) on Friday suggest infection rates in England are rising, with around 4,200 new infections a day - compared with 3,200 a week ago. However, the level of infection is still significantly lower than it was during the peak of the pandemic.

A further 120 people have died with Covid-19 in the UK according to the latest DHSC figures, bringing the total number of virus deaths to 46,119. Meanwhile, 880 new lab-confirmed cases have been recorded - the highest in more than a month.